The Triangle Go Group has been holding small ratings tournaments every other month or so, beginning in April, 2007. These tournaments are self-paired, loosely structured, and intended primarily to be a method for players to obtain or refine their AGA ratings without having to travel to another state. These tournaments will emphasize recruitment of new players, and introduce new players to the use of game clocks and AGA rules.

Results from our second tournament, on June 23rd, 2007, were submitted to the AGA on June 24th, and the AGA posted new ratings on June 25th! Below is a chart based on rated games from the this tournament. This time, we collected a $10 entry fee, which paid for drinks, a fine lunch, and left a little for cash prizes. First place winner ($40) was Tom McCarthy; second place ($25) went to Gerry Canavan; and Will Daland won third ($15). Places were based on outcomes of both rated and unrated games. 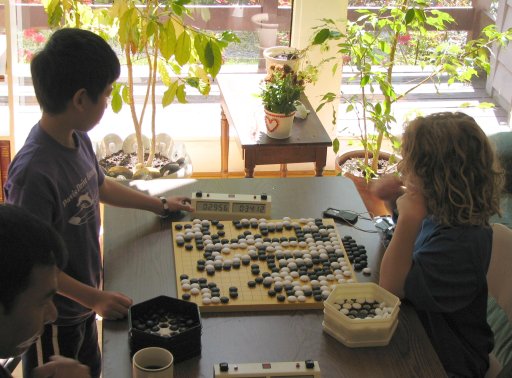 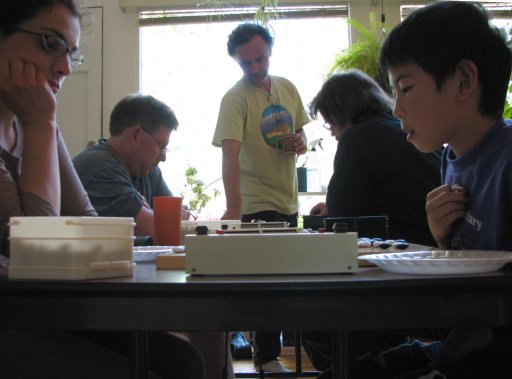 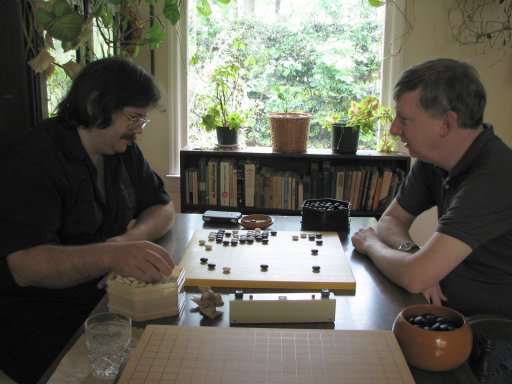 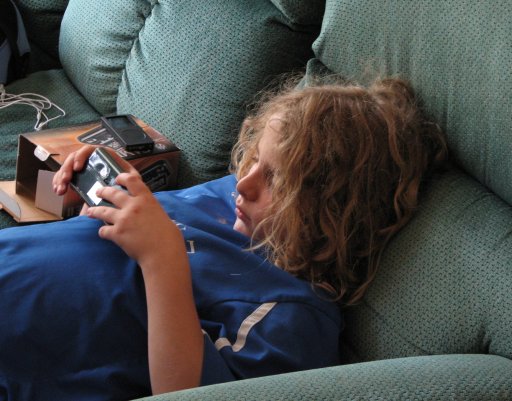 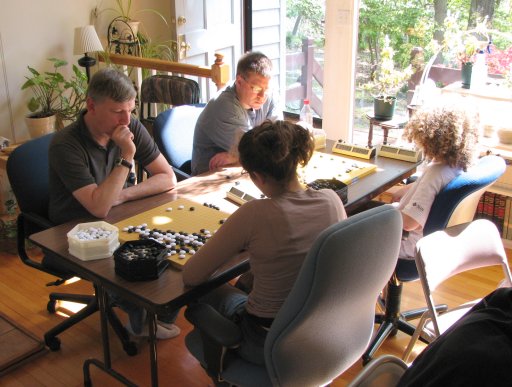 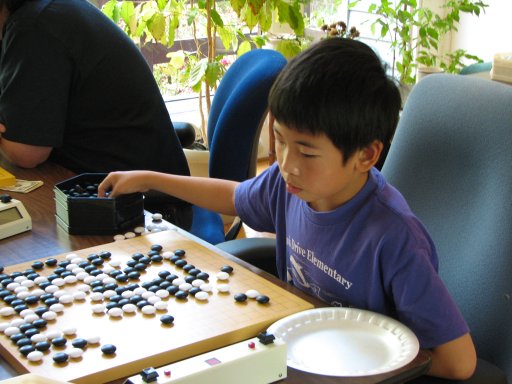 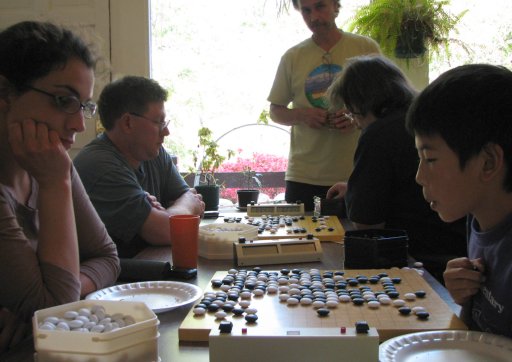 Another view of Emily, Adam, Frank, Tom and Brian