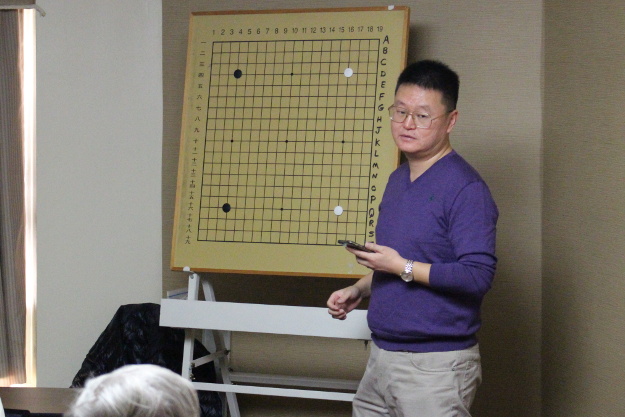 Yuan Zhou 7d is a familiar and favorite workshop teacher. Members of the Triangle Go Group have benefited from his workshops for 10 years, and we continue to appreciate his expertise and wisdom. Lao Shi Zhou provides more than proper play guidelines, sharing insights into the philosophical depths of the ancient game. As he reviews attendee's games he tailors his instruction to each individual and clearly shows how correct play leads to good results. Teacher Zhou explains common patterns with easily remembered expressions, such as "heroes live a short life" (describing a foolhardy invasion) and "even the demon is afraid" (after hane at the head of 2 stones).

Yuan Zhou serves up a rich banquet of information about Chinese language phrases and meanings relating to Go. This year, in addition to sharing many new expressions, he examined and explained the Chinese characters 围棋 (wéi qí), including the subtle alteration made to the characters when later adopted by the Japanese.

As always, the workshop inspired and empowered the lucky listeners, and left us looking forward to his next appearance in the Triangle. 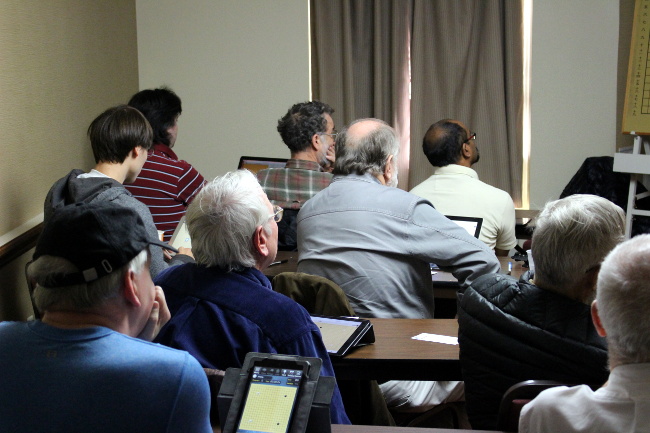 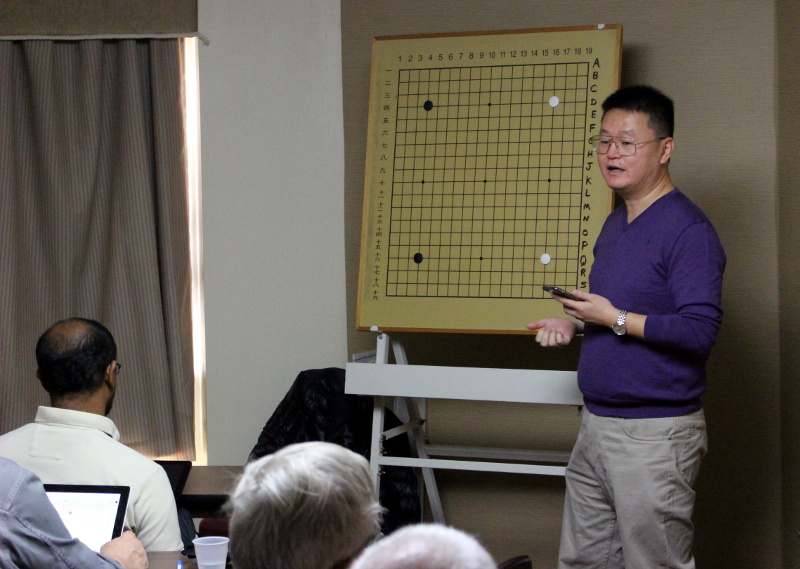