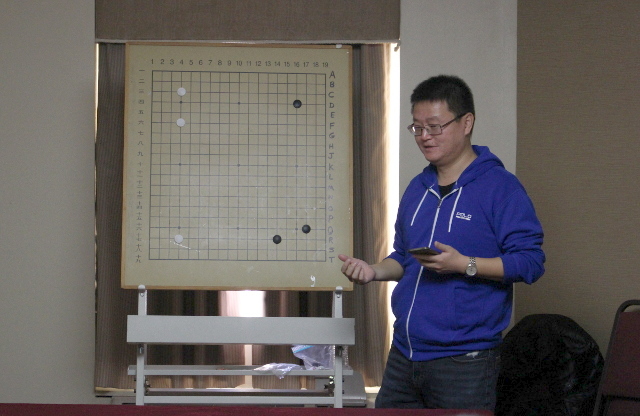 These Yuan Zhou Workshops just keep getting better and better. Yuan Zhou 7d is a well known and highly respected Go workshop teacher. Members of the Triangle Go Group have benefited from his workshops for over 10 years, and still find his teaching fresh, inspiring and valuable. Shifu Zhou provides more than proper play guidelines, sharing insights into the philosophical depths of the ancient game. As he reviews attendee's games he tailors his instruction to each individual and clearly shows how correct play leads to good results. Teacher Zhou explains common patterns with easily remembered expressions, such as "sheng bu si" translated as "sometimes, living is not as good as dieing," emphasizing the value of a well considered sacrifice.

Yuan Zhou excels at explaining Chinese language phrases and meanings relating to Go. This year, in addition to sharing many new expressions, he shared some of the meaning of professional 9 dan Tang Weixing's name (唐 韦星), tracing the surname Tang back to the seventh century A.D. Dynasty, and the meaning of xing as a celestial star. 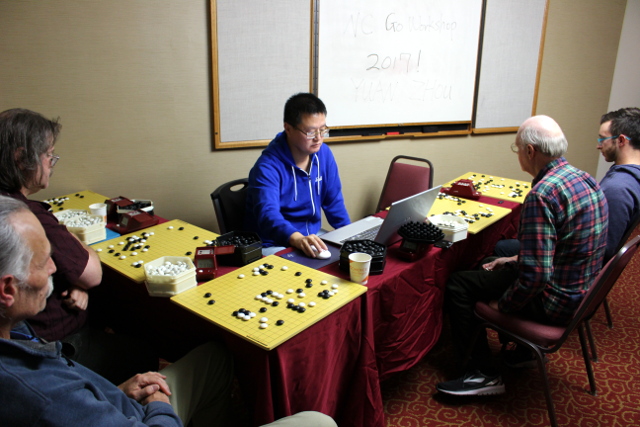 A highlight of this year's workshop was shifu Zhou's review of a game from this year's CCTV Cup, between professional 9 dan Tang Weixing and 5 dan Peng Liyao. Many current professional games are already exhibiting moves favored by Go Seigen and popularized by AlphaGo, and Yuan Zhou explained the meaning and utility of these moves.

As ever, shifu Zhou's workshop educated and inspired the lucky participants, and left us looking forward to his next appearance in the Triangle. 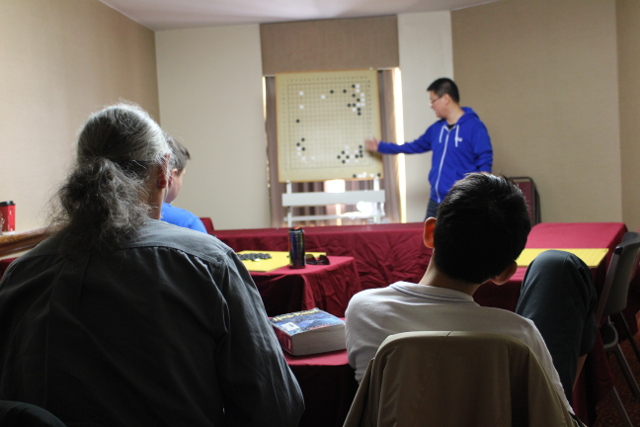