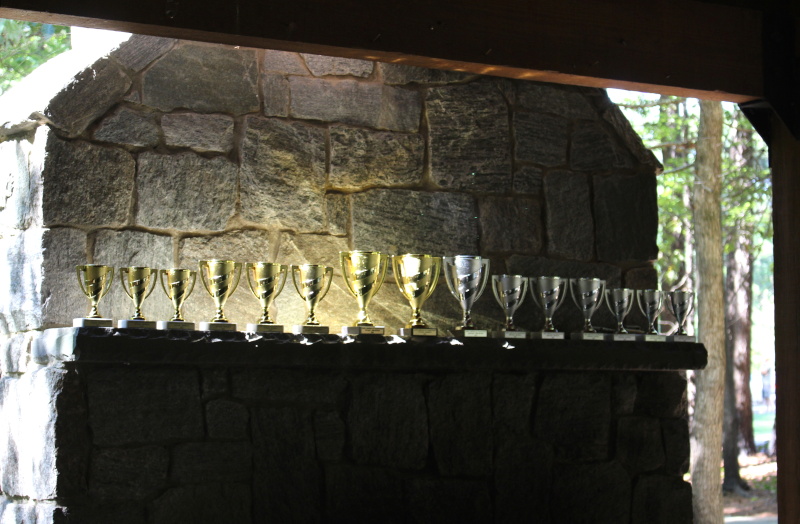 Thirty Go enthusiasts gathered on September 17, 2022 at Umstead Park, Raleigh, NC for the North Carolina Championship and 21st Annual Memorial Tournament. The weather was ideal and spirits were jovial as familiar and new friends competed for trophies and cash prizes.

First place in the open section was deemed to be Edward Zhang, with Chen Zhang securing 2nd place honors.

Section A (2 to 3 Dan) also had 3 ties at the top, and SMS scores determined 1st place honors for Suyoung Yoon, with Nianci Gan in 2nd place.

Section B (all 1 Dan) was clearly won by Xiaoping Wu, who posted a perfect record of 4-0. Second place was taken home by Florida visitor Dakota Krafick.

The winner of section C (1-3 Kyu) was Tao Mao with an impressive 3-1 score, with second place going to Paul Celmer.

6 to 9 Kyu comprised section D, which was handily won by Justin Su, who posted the only other perfect 4-0 record of the day. Ben Parrot was named for 2nd, although later review suggests that Yihui Shao earned that position and young Mr. Shao was awarded a trophy and cash prize after the event.

A magnificent lunch was prepared and presented by Arlene Bridges with assistance from Russell Herman. The Tournament was smoothly run by Tournament Director Jeff Kuang.

A grid of all players, their records and results of each round appear below. Photos from the tournament are posted here.